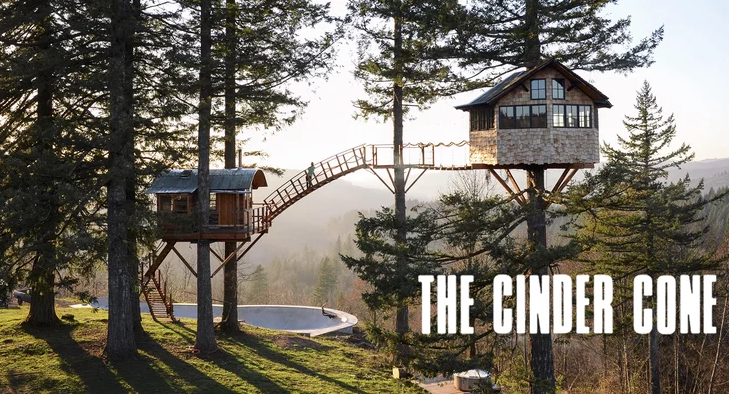 The Cinder Cone from Farm League on Vimeo.

In the Spring of 2014 a small group of close friends broke ground on a building project in Skamania County, Washington in the Columbia River Gorge. Their primary endeavor was a multi-platform tree house, but also included a skate bowl and a wood fired soaking tub as well. The crew came from all over the country and from a variety of backgrounds. Some were professional carpenters, others learned on the job, gaining experience along the way. The Cinder Cone is Foster Huntington’s short film that documents this year-long process of building his dream home with this community of tight knit friends.

Check out The Cinder Cone Build Book on Kickstarter too! kickstarter.com/projects/fosterhuntington/the-cinder-cone-build-book